To share your memory on the wall of Barrett Book, sign in using one of the following options:

Barrett was born in Brantford Ontario. He enjoyed an active and athletic childhood attending Brantford Collegiate Institute, quarterbacking the football team to the Western Ontario Championship, excelling at track and field, and became an avid golfer later in life. He attended the University of Buffalo School of Engineering and spent most of his career with Hauserman Ltd., rising initially from Sales Associate to Canadian Vice President and General Manager.

But Barrett’s greatest asset aside from dedicated husband and father, was his ability to create lasting, meaningful, and lifelong relationships across a wide circle of friends. These dear friends became family, through Barrett’s warm, humorous, and welcoming nature. Friends from his youth, from his home in Mississauga, and from his cottage and eventual home of Inverhuron near Kincardine, found Barrett a joy to be with, bringing happiness and laughter to everyone around him. All who knew Barrett were, and are, so much better for the experience. He would often say how very fortunate he was to have met such wonderful friends who became, with his family, such an important part of his life.

Our sincere thanks to Dr. Jason Murray, together with VON nurses Laura Elphick and Rachel Elliot for their kind and compassionate care and support of Dad and our family.

Due to the current pandemic, a celebration of life will be announced at a later date.

Donations to the Kincardine and Community Healthcare Foundation can be made through the Davey-Linklater Funeral Home or by calling 519-396-2701 and would be greatly appreciated as expressions of sympathy.
Read Less

Print
Due to provincial restrictions a celebration to honour Barrett's life will be announced at a later date.

Donations are being accepted for: KINCARDINE AND COMMUNITY HEALTH CARE FOUNDATION.

We encourage you to share your most beloved memories of Barrett here, so that the family and other loved ones can always see it. You can upload cherished photographs, or share your favorite stories, and can even comment on those shared by others.

Posted Aug 06, 2020 at 12:39pm
Condolences
Some of my best and favorite memories during my life have been with Barry & Marie, and the book family.
Those memories will never be forgotten .
Deepest Sympathy
Scott Alexander

Posted Aug 02, 2020 at 04:50pm
Marie & Family Our Deepest Sympathy on the passing of Barry. Our thoughts are with you all at this difficult time.
Sincerely Ron & Joyce
Comment Share
Share via:
M

Posted Jul 27, 2020 at 08:32pm
Marie and Family, my sincere sympathy in the loss of Barry. Great memories of you both when we were neighbours in Inverhuron. Sending you hugs and prayers.
Comment Share
Share via:
HM

Posted Jul 24, 2020 at 08:13pm
Marie and family.
Please accept my sincere condolences in the loss of your husband, father
❤️Hope MacCrostie
Comment Share
Share via:
CA 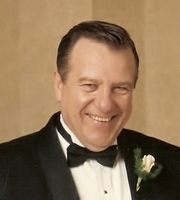 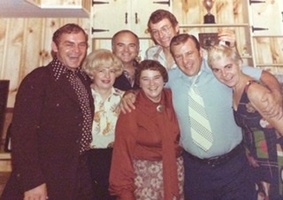 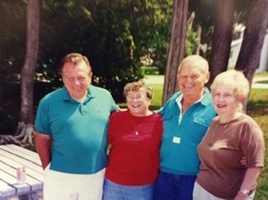 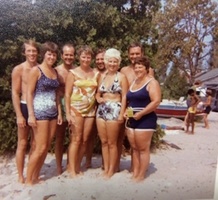