To share your memory on the wall of Boris Stepnow, sign in using one of the following options:

Survived by his wife of 62 years Sylvia, he was father to Susan, Carolyn and Leanne, Papa to eight grandchildren and four... Read More
Boris Stepnow, born May 29th, 1930, in Tartu, Estonia. Died September 16th, 2020, at Tiverton Park Manor, Ontario.

Survived by his wife of 62 years Sylvia, he was father to Susan, Carolyn and Leanne, Papa to eight grandchildren and four great-grandchildren.

Boris always said the best decision he ever made was moving to Canada after the tumult of living through and fighting in WWII in Europe. He arrived in October, 1952 with less than $12 in his pocket. He went straight to a lumber camp on St. Ignace Island, in Nipigon Bay, Lake Superior. In fact, the Great Lakes would become a fixture in the rest of his life – he lived on the shores of Lake Superior, Ontario, Erie and for the past 50 years, beside his beloved Huron.

Boris’ time in the Merchant Marine and later his work with heavy steel construction took him around the world, but it was home in Bruce County where he was happiest, moving his family to Inverhuron in the 1970s, when he was hired on to help build the early stage of Bruce A at the Bruce Nuclear Power Development.

Though he could be stubborn and irascible, he took great pleasure in his generosity, especially when he had the chance to feed a house full of family and friends (he was a great cook and famous for his gravy). Meals became marathons of eating, with Boris hovering, urging everyone to “essen, essen” as he dished out seconds, then thirds and fourths.

As the family grew, he delighted in the proliferation of grandchildren, telling them stories (so many stories!), putting on voices, teaching phrases from any one of the five languages he spoke and taking in the spectacle of kids gamboling and performing for hours on end.

What Boris leaves behind are three generations of wonderful people. In his final days they all reached out and gathered round to make sure he knew he was loved and cherished. At 90 years old, Boris felt he’d lived long enough and well enough, and on his own terms. He had a “warrior spirit.” He died surrounded by his family, after sharing kindnesses with each beloved soul. With his passing, Bruce County is quieter today, but with each Lake Huron sunset Boris will be remembered as a man who built a life in Canada for the family he loved above everything else.

Cremation has taken place. A private celebration to honour Boris’ life will be held at a later date.

To plant a memorial tree in honor of Boris Stepnow, please visit our Heartfelt Sympathies Store.

Print
A private family celebration in honour of Boris will be held at a later date.

We encourage you to share your most beloved memories of Boris here, so that the family and other loved ones can always see it. You can upload cherished photographs, or share your favorite stories, and can even comment on those shared by others.

Posted Oct 16, 2020 at 05:25pm
Sylvia, Sue, Carolyn, Leanne and Families. My sincerest sympathy on the loss of your husband and father.
I have many fond memories of your Dad and all of your welcoming family.
Ann S Hendry Poppe
Comment Share
Share via:
AB

Posted Sep 27, 2020 at 04:13pm
To Sylvia and family, We are so saddened to hear that Boris has passed away. We remember him very fondly as a true gentleman. He was always up for a good chat and lots of laughs, even during times when he was experiencing serious health issues. He had a unique gift for storytelling and loved sharing many of the interesting experiences he lived through in his life. We also remember how proud he was of his girls, their husbands and particularly his grandchildren. May the many happy memories and the unique bond that you all had with him, help up you get through this difficult time. There will be tears but smiles and laughter as you remember how lucky you are to share in the legacy that he has left for you. Our deepest condolences. Howard and Anne Bromfield
Comment Share
Share via:
RT

Posted Sep 25, 2020 at 08:10pm
Our Heartfelt Sympathy on the passing of Boris. Sylvia, Sue, Carolyn, Leanne & Families. Please know Our thoughts are with you All at this sad and difficult time . We all had such great times and have wonderful memories from the neighbourhood in Inverhuron and Bo will be remembered by all who knew him. Hugs to All
Sincerely, Ron & Joyce
Comment Share
Share via:
DM 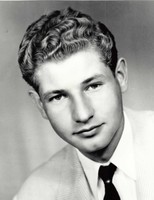 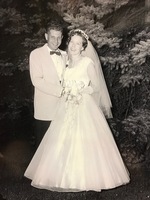 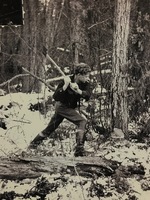