To share your memory on the wall of Catherine Macleod, sign in using one of the following options:

In the 1950s, Catherine immigrated to Canada with her mother Catherine, her father Robert, her sister Janis and her brother Robert. Catherine's poetry was heavily influenced by her experiences as a working class, Scottish immigrant. As a young woman, she left Kincardine for Toronto and the Yorkville hippy scene. There she discovered Leonard Cohen, Judy Collins, Bob Dylan and Joanie Mitchell, and found her own voice as a feminist, socialist and artist.

Catherine was a founding member of the Women's Press and the Mayworks Festival of Arts and Labour. She worked for many years as a communications specialist in the Toronto labour movement and helped establish the Ontario Federation of Labour's Cultural Award. After her retirement, Catherine pursued her love of Canadian history at Western University and earned her Master’s degree.

In 1992, Catherine left Toronto and she returned home to Kincardine to marry her high school sweetheart, Martin Quinn. Catherine considered it the best decision she ever made and everyone who knew them agreed. In the final years of her life, Catherine was very ill and Martin cared for her beautifully until the end.

Catherine shared her sharp Macleod sense of humour with her son Grayson, whom she loved dearly, and she was very proud of her grandsons Keahan and Casey. Catherine was an adopted mother to Katheryne Schulz and a loving mother-in-law to Janet Teibo, both of whom will miss her terribly. She had a loving relationship with her stepson Joe Quinn and his wife Joanna.

Catherine loved her sister Janis Shewfelt and her niece Taryn Kraft (Dan), her brother Robert Macleod, his wife Sue, and their children Robbie (Sita), Joel (Candice) and Greg (Sarah). She appreciated the love and support of her in-laws Nancy and Tim Potter, and their children Christopher (Katelyn) and Natalie; Helen and Mike Riggin; Judy and Dale Baer and their children Angela Tolton (Paul), Sara Davies (Chanse) and Robert Tolton (Cara Beth); and her niece Olivia Freer (Dustin).

Catherine wanted to live with grace and to die with dignity, and she managed to do both. "Hold fast," she told us, and we are trying, but nothing will ever be the same without her.

A celebration of life will be held at a later date when Catherine's loved ones can mourn together in person.

In lieu of flowers, please send your donation to the Women’s House Serving Bruce and Grey (Kincardine), or the Huron Women’s Shelter (Goderich).
Read Less

To plant a memorial tree in honor of Catherine Macleod, please visit our Heartfelt Sympathies Store.

We encourage you to share your most beloved memories of Catherine here, so that the family and other loved ones can always see it. You can upload cherished photographs, or share your favorite stories, and can even comment on those shared by others.

Posted Mar 29, 2021 at 10:59am
Catherine, you were so terrific in moving the arts and labour closer together through the years I knew you! You will be missed!
My condolences to family.

Posted Mar 20, 2021 at 10:54am
Sorry to read of Catherine's passing. Condolences go out to all of the Quinn and McLeod families.
Comment Share
Share via:
IH

Posted Mar 14, 2021 at 01:01pm
I remember Catherine from her work at the Ontario Federation of Labour with the Woman’s Committee. The strong roots she helped put down from that time live on today in feminists in the labour movement working for equality for women, child care and equal pay. Catherine was always a calming influence, generous and supportive. I’m sad to hear that Catherine died, too eyeing, , but she will always be remembered for all of her contributions to feminism.
Irene Harris
Comment Share
Share via:
IH

Ah the joys of not proofreading, Catherine was always good at that! My post should read that Catherine died too early, not eyeing....Irene
AK

Posted Mar 13, 2021 at 12:05pm
Blessed to have been introduced to Catherine all those years ago and honoured to call her friend ever since. An amazing and alive personality in everything she touched. My deepest condolences to her " Perennial Man" and all her extended family on their loss.
Angela Kirby
Comment Share
Share via:
LM

Posted Mar 13, 2021 at 09:52am
How well I remember Cathy's kind heart and bright spirit from our time together at The Women's Press in the seventies. She was a dedicated feminist, and a dear friend. My condolences to her family.
Liz Martin
Comment Share
Share via:
LK

I also remember Catherine from our shared experience founding Women's Press. Her gentle humour shone a light through often complex choices and lent a calm to all. My deepest sympathies to all her family and colleagues. Lynn Kaye 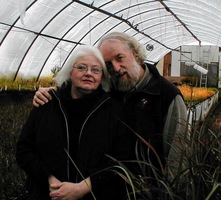 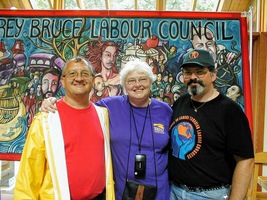