To share your memory on the wall of Douglas \"Doug\" Storrey, sign in using one of the following options:

Anyone who was within earshot of Doug while the Leafs were losing will know that we are not comparing him to Mr. Rogers, however if you want an example of how to enjoy life completely and leave a legacy of laughter and kindness, there is none better than Doug.

Throughout his life Doug was on countless committees. Present ones include the Walker House, Kincardine Cruise Night, and Silver Lake Camp. In every committee he would offer support to whatever project was being taken on. He gave whatever he could without hesitation: tools, money but most importantly his time. He found hours in a day to make things happen. If you asked Doug to do something, you had to be sure it’s what you wanted because there was no opportunity to change your mind. Doug would have already gotten it done.

Doug’s laugh was huge and without reservation and gave you a warm happy feeling. One person checking into a resort in Cuba heard a laugh and said to their spouse that it could be only one person. Sure enough behind a pillar was Doug.

Doug was a terrible golfer!! He could lose a dozen balls in a round (but find 2 dozen in the long grass) but his joy of being there made it a complete pleasure for everyone he played with.

Doug was also quite a hockey player. He often played defense and if you got around him you should expect some part of Doug’ stick to catch you. This would bring out a shout from the bench of Stooorreyy (instead of sorry). Doug’s laughter and wit in the changeroom with stories, jokes or poking fun at team mates always lifted the room.

Doug loved his family. When Stacey married and brought a new family into theirs, Doug bought in fully and without reservation. He excelled at being a grandpa. Those three young kids, Sarah, Jana-Leigh and Robby, were soon joined by Slayde and later Steve’s children Charlotte and Olivia. When Slayde was about 5 she came into a room where Doug was having some business discussions. It was like everyone disappeared and all Doug saw or heard was his granddaughter. That was the grandfather he was- the world revolved around them. In the last few years, his title was elevated to Big Poppa, Big Grandpa, or Great Grandpa when Belle, Hayden, Mason, Kaleb and Emmet joined the growing Storrey brood.

Steven and Stacey are shinning lights for Doug and everything they did brought joy to him. He loved to chat about what they were up to and was very proud of their accomplishments. He was very happy for his kids and who they became. His love of musical theatre, hockey and a good argument carries on in both of them.

Joan was the love of his life…. When asked about the farm, he was always quick to point out it was Joan’s farm, but the happiness that they created together on that farm was a result of their partnership. Simply put, Doug loved his life on the farm with Joan. It was perfect.

Doug loved life and it loved him back. If you want to honour Doug, take the time to make someone else feel special. Give them your undivided attention. Help them in whatever way you can, expecting nothing in return. Be someone’s Doug. Everyone needs a Doug.

A Celebration of Life will follow in warmer weather when all his friends and family can safely raise a glass together.

Memorial donations can be made to The Walker House, Silver Lake Camp and the Canadian Cancer Society as expressions of sympathy and can be made by mailing a cheque to the Davey-Linklater Funeral Home (cheques made payable to the charity), 757 Princes Street, Kincardine, Ontario, N2Z 1Z5.

As a legacy to his little ones, we ask that if you have stories, memories, or photos to share, please forward via email to storiesaboutdoug@gmail.com.
Read Less

We encourage you to share your most beloved memories of Douglas "Doug" here, so that the family and other loved ones can always see it. You can upload cherished photographs, or share your favorite stories, and can even comment on those shared by others.

Posted Mar 06, 2021 at 11:53am
Whether business or at the farm, encounters and conversations with Doug were always lively and enjoyable. Doug will be fondly remembered.

5 trees were planted in the memory of Douglas "Doug" Storrey

Posted Mar 27, 2021 at 02:15pm
We always told him that Dodge was best! He will be missed and remembered always. Please accept our heartfelt sorrow at Doug's passing. He was one of a kind and always had a smile no matter what.
Jim and Judy Zarubick
Comment Share
Share via:
KG

Posted Mar 13, 2021 at 09:44pm
I was so sorry to hear this sad news. Doug was " just our insurance broker" but what a guy. He made your day a little happier whenever you talked to him, I would hang up the phone with a smile on my face and he felt like a friend. I am wrong, he wasn't "just an insurance broker" , he was a friend and we will miss him as will many, many others.
Our sympathy to his family.The void will be great. He left you many great memories. What a wonderful obituary and yes, " We all need a Doug"
Comment Share
Share via:

Posted Mar 11, 2021 at 01:54pm
Joan and family. My deepest condolences on the loss of Doug. Thinking of you all during this difficult time. ❤️
Comment Share
Share via:

Posted Mar 10, 2021 at 06:38pm
My most heartfelt and deepest sympathy in the loss of Doug. He will be missed throughout the community.
Comment Share
Share via: 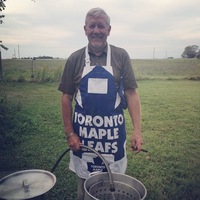 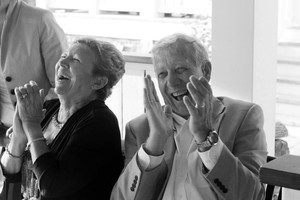 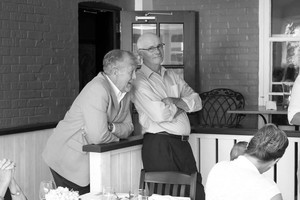 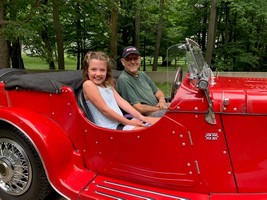