To share your memory on the wall of George \"Edwin\" Hewitt, sign in using one of the following options:

Print
George “Edwin” Hewitt, of Kincardine, passed away at the South Bruce Grey Health Centre-Kincardine, on Sunday, March 29, 2020 in his 92nd year.

Remembered by many nieces, nephews, cousins and friends.

A celebration of life to honour Edwin’s life will be held at a later date. Arrangements entrusted to the Davey-Linklater Funeral Home, Kincardine.

Memorial donations to the Kincardine Hospital Foundation or Anglican Church of the Messiah-Kincardine would be appreciated as expressions of sympathy.
Read Less

Print
A celebration of life will be announced at a later date.

Donations are being accepted for:
KINCARDINE AND COMMUNITY HEALTH CARE FOUNDATION Anglican Church of the Messiah

We encourage you to share your most beloved memories of George "Edwin" here, so that the family and other loved ones can always see it. You can upload cherished photographs, or share your favorite stories, and can even comment on those shared by others.

Posted Apr 12, 2020 at 04:46pm
Dear Eric, Marion, Ron, Janice & family: Please accept our sincere condolences on your loss. I am sure you have lots of special memories to treasure. Wishiing you peace.
Comment Share
Share via:
DS

Posted Apr 09, 2020 at 12:25pm
Dear Fran and family
I was sad to read in news that Edwin had gone to heaven. He enjoyed a wonderful life with a great family. The Shewfelts, the Hewitts and the Collins go back a long,long way. Thank you the last few years for the eggs, and cookies. Your friend Dave
Comment Share
Share via:
MB

Posted Apr 08, 2020 at 07:25pm
Dear Fern, we are very sorry to hear of Edwins's passing. He was a very fine man and we enjoyed having him as our neighbour in Kincardine.
George Smith and Maria Blackmore
Comment Share
Share via:
MC

Posted Apr 06, 2020 at 10:36am
To all the Hewitt family My condolences at this saddened time. My love and prayers to you all. Remember all the good times you all shared. I'm going to miss him.
My mom also sending her love to you Fern and family.
Love and Hugs,
Marlene Cooper
Comment Share
Share via:
JB

Posted Apr 03, 2020 at 06:27pm
Dear Fern & your family. So sorry to hear of Edwin’s passing - such a lovely man, whose loss, I am sure, will leave a large hole in your hearts.
Comment Share
Share via: 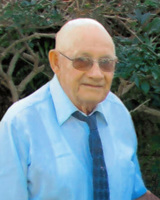 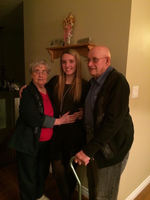 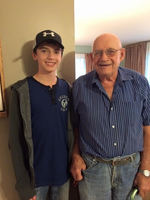