To share your memory on the wall of Marion Stopford, sign in using one of the following options:

Marion, the youngest of three siblings was born in 1940 as the younger twin of three daughters to Peggy and Bill Waud in London, England. Growing up during post wartime England still being rationed, taught Marion to wise with what little she had and, to share what she could. Lessons that she instilled into each of her five children.

Marion, for those that knew her, had a sharp wit and a wicked sense of humour. She loved to laugh and was known to pull the odd prank, an auction find of a God-awful ceramic two-foot pig found its way into the front seat of her son, Andrew’s OPP cruiser on his birthday one night! Or, ping pong balls tucked behind her glasses lying in wait for John to come and “wake” her up. Marion was a fun loving mother.
Ever the adventurer, fishing was best done wearing Sponge Bob Square Pants boxer shorts over top of your trousers – helped to catch the big ones you know. At least, that’s what Matthew told her so, being a good sport, she wore them and a great time was had by all. Shore lunches along the French River with the Creek Rat, viewing the Grand Canyon with Sandra and her nephew Christopher, whale watching in the Atlantic Ocean of Canada’s East with Rhys and Gryff, exploring Windsor’s Rose Garden’s with Elspeth, cottaging at the Mercer with Andrew and Valerie, lazy summers at Agnew Lake with Sandra and Rodney. Michael and Mark’s friends phoning the house when the Grizz was there just to hear her answer the phone because of her lovely English accent.

Marion loved to spend time with her family. There was always a welcome to be had when you knocked on her door. We used to take bets as to how long you would be in the house before you would be offered a cup of tea. We believe 30 seconds was the record – it didn’t matter the season. If you arrived close to supper time, it was “Add another potatoe to the pot” Marion would make the meal stretch while welcoming and feeding you.
In her younger years, Marion was an avid knitter. Often gifting many new mothers and babes with her beautifully crafted layette sets. As talented as she was at knitting, baking not so much. One year her biscuits ended up being used by Andrew and Matthew in road hockey as the pucks!

Marion enrolled in swim classes so she would be able to feel safe taking the youngest of the children to the beach. The “Terrified of the Water Class”, she learned to swim in her 40’s for John and Elspeth. That’s how much she loved her children.

Marion is survived by her husband of 60 years, Peter. He will miss their nights of Judge Judy, Jeopardy, Wheel of fortune and of course Coronation Street.

Marion put her heart and soul into raising her five children. Andrew, Matthew, Sandra, John and Elspeth. Often she would combine their names when calling them or speaking to them, Jelspeth, Mattdrew and Sandrew among the norm but, we always knew who she meant.

Marion leaves a legacy of 21 grandchildren and five great-children, all of whom knew of her love and big heart even if only for a small part of their lives.

Marion was a private person and didn’t want a fuss so, to honour her wishes we will have a private family only funeral but, done in Marion style! Abba, Louis Armstrong’s “It’s a Wonderful World” and Psalm 121. Marion doesn’t want long faces or anyone moping about, she wants bright colours, smiles and laughter after all – Marion is in a better place now.

In lieu of flowers the family asks that you donate to Cancer Research, Kidney Disease Research or, the Covenant House, either on-line or by contacting the funeral home. These are charities that Marion quietly and faithfully supported.

We love you Marion, Mum, Grizz, Grandma, Great Grandma, a little lady but a giant to all who knew and loved you.

We encourage you to share your most beloved memories of Marion here, so that the family and other loved ones can always see it. You can upload cherished photographs, or share your favorite stories, and can even comment on those shared by others.


I am deeply sorry to hear of the passing of your wife Marion.
Our sincerest condolences are with you, in your time of need.
Amanda Cashen-Gayler, Bruce Rider, Tristan, Peyton-Ann and Nathan
Comment Share
Share via:
DW

Posted Apr 12, 2021 at 07:49pm
Our condolences to you guys. Considering how much time we spent together in the past, found out how precious little we knew about your mother after all of these years. The obituary you put together was a wonderful insight into her life and loves, thank you.
Comment Share
Share via:
LJ

Posted Apr 11, 2021 at 07:54pm
Dear Peter and family, We are deeply sorry to hear of the passing of your dear wife Marion.
Our sincerest condolences.
Stan and Lynne Johns.
Comment Share
Share via:
C

Posted Apr 10, 2021 at 08:55am
Dear Peter and all the Stopford family. Your loss is great and your hearts are heavy, but God is gracious and will give you comfort and peace as you continue on with precious memories of Marion. Love to you sll
Comment Share
Share via:
CE

Posted Apr 08, 2021 at 10:42am
Our deepest sympathy to Sandra and family on the loss of you mother, grandmother, and great mentor I’d the family.. her wit and wisdom lives on in her children... Cindy Emmerton and Jennifer Lentinello
Comment Share
Share via: 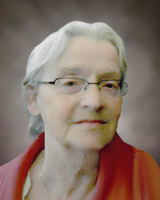