To share your memory on the wall of Maurice \"Mike\" Pinkerton, sign in using one of the following options:

Cherished by his children Jamie Pinkerton of Tiverton, Lee-Anne (Rick) Lehman of Tiverton and son-in-law Terry Hyde of Wasaga Beach.

Mike was a very treasured member of the farming community around Tiverton and Glammis. He was
a kind man with a wonderful sense of humor. He will be missed greatly by his many friends and
neighbours.

Due to provincial restrictions a private family memorial service will be held at the Davey-Linklater
Funeral Home, Kincardine.

Memorial donations to Kincardine Hospital Foundation or Knox Presbyterian
Church, Tiverton would be appreciated as expressions of sympathy.
Read Less

We encourage you to share your most beloved memories of Maurice "Mike" here, so that the family and other loved ones can always see it. You can upload cherished photographs, or share your favorite stories, and can even comment on those shared by others.

Friends within the parliamentary precinct

Posted Feb 09, 2021 at 10:33pm
Thoughts and support are with Tracy and her family in this difficult time.

Friends within the parliamentary precinct

Posted Feb 09, 2021 at 10:29pm
Thoughts and support are with Tracy and her family in this difficult time.

Thinking about you and offering my deepest condolences.
You were my favourite family to babysit for 💕

Posted Feb 07, 2021 at 12:49pm
Our deepest condolences Carmel, Jamie, Lee Ann and family. Mike will be missed by the community and the MacKenzie's. Take care, Andy and Sandy
Comment Share
Share via: 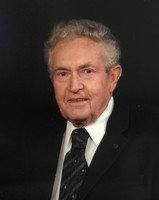