To share your memory on the wall of Richard \"Dick\" Joyce, sign in using one of the following options:

After graduating as a Chemical Engineer Technologist in 1963, Dick had a long and varied career starting at Uni-Royal Corporation in Montreal, and later moving to 3M Company, London, Ontario. In 1971 he began his relationship with the Bruce Nuclear Power Development at the original Douglas Point Nuclear Generating Station as a Radiation Control Technician. From there he moved to Bruce B as Radiation Control Supervisor and then on to many different roles in emergency preparedness within Ontario Hydro’s Radiation Safety Program. Upon retiring he started his own consulting firm working with various municipalities to provide training and support for emergency workers. As a consultant, Dick also provided technical support for the Russian Federation RBMK Nuclear Power Program.

Dick was a lifelong passionate fisherman and outdoorsman, with several visits to favourite places such as northern Canada, the Caribbean, Florida Keys and the Queen Charlotte Islands. He also loved playing bridge. For several years he shared his knowledge as a scout leader and was often involved in the community. A real people person and problem solver, he was quick to offer help and support for anyone who needed it. He will be remembered for his gift-of-the-gab, his analytical mind and jovial spirit.

Sincerest thanks to the staff of SBGHC for their compassionate professionalism and support.

Cremation has taken place and due to provincial restrictions a private family ceremony will take place at a later date.

Memorial donations to the Kincardine and Community Health Care Foundation, the Huron Shores Hospice or a charity of your choice would be greatly appreciated.
Read Less

Print
A private family service will be held.

We encourage you to share your most beloved memories of Richard "Dick" here, so that the family and other loved ones can always see it. You can upload cherished photographs, or share your favorite stories, and can even comment on those shared by others.

3 trees were planted in the memory of Richard "Dick" Joyce

Posted May 29, 2021 at 12:19pm
My deepest condolences Lyn. I knew Dick while working at Douglas Point and was impressed with how he always found the time to help people with radiological problems. For me he was always the "go to guy" to get answers. He will certainly be missed.

Posted May 25, 2021 at 12:06pm
Dick, May God bless your soul. You were a great friend and co-worker to be around. Your smile and desire to love life will not be forgotten.

Posted May 25, 2021 at 11:56am
"Dickie" as we called him. Met him at Bruce B next door, as the Radiation Control Supervisor and his merry men, Rick, Jim and John. We had the hockey challenge with their office besides work duties. Reconnected again and he became my boat broker, refused to spend my money on anything but a Grady White 226 "it's all about the dance floor" for the Florida Keys fishing as the photo testifies. Of course they, Lyn and Dickie schooled us on their many fishing skills, where to reside in the Keys and we became close friends. Dickie and Hoss we think became even closer friends. I found out how much desire, drive and grit he had when he had to take gravol every time he went fishing...that's just who he was!!! Rest in peace! 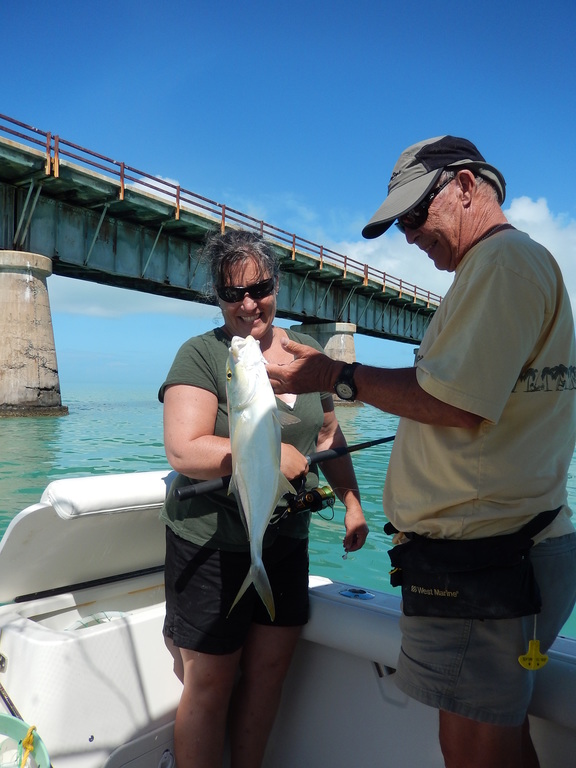 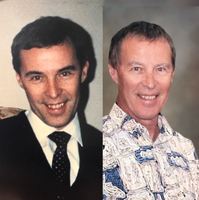 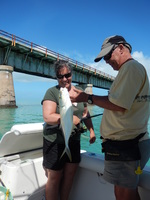