To share your memory on the wall of Robert \"Eugene\" Bourgeois, sign in using one of the following options:

Eugene and Ann, who died on May 11, 2020, established The Philosopher's Wool Co. to do good. And it is difficult to think of either Eugene or Ann without thinking of the other - they were a team, each bringing their own talents and enthusiasms to working with other farmers, artisans, environmentalists, and so many others. Philosopher's Wool was not just about wool; it was about people.

Eugene grew up in Kitchener in a working-class family. He attended St. Jerome's High School and became one of the first in the families to get a university education at University of Waterloo. But Eugene certainly went his own way, switching from mathematics to phenomenology - from which came the Philosopher. As he searched for his path, he met Ann. And the path became much clearer.

That path led them to Inverhuron where they built a sheep farm. But that farm was much more than a place to raise sheep. From the sheep came wool and a thriving agri-business with a focus on helping other farm families and growing an Ontario-based business – The Philosopher’s Wool and its many products. They travelled throughout North America and, eventually, many other parts of the world.

Eugene and Ann also developed a deep love for Inverhuron. They worked with others in the community and throughout the world to gain a better understanding of the impact of nuclear power and how to mitigate the risks from it. Eugene worked tirelessly on environmental issues - not to obstruct but to ensure that science and not politics guided us all along the path.

And that is the legacy of Eugene together with Ann - a philosophical one that was to help the community and to light our own paths. And it is a legacy that will continue in the future.
Read Less

Print
Following Eugene’s wishes cremation has taken place and when it is safe to do so a celebration of life will be held.

We encourage you to share your most beloved memories of Robert "Eugene" here, so that the family and other loved ones can always see it. You can upload cherished photographs, or share your favorite stories, and can even comment on those shared by others.

Posted Sep 23, 2020 at 09:22am
We are deeply saddened by the sudden passing of Eugene. Our sincere condolences to Judy and Don and to Eugene's children. May he rest in peace with Ann.

He was a good classmate and was a lot of fun at house parties.

Posted Sep 22, 2020 at 09:16am
Angela and I are truly saddened to hear of Eugene's passing away. Our deepest sympathies to Eugene's family.

How do you do justice to someone's life in such relatively few words. Eugene was one of the kindest souls I ever met, yet tenacious, forging his own path. From building his own home to creating a successful business with Ann while helping others at the same time. Eugene was not only selling a remarkable product ... but more importantly a lifestyle, one which he embodied and revelled in.

Eugene stood up for his beliefs, from being self-sufficient, to turning conventional thinking on its ear, to environmental awareness. And he played a mean game of ping pong! Once he figured out my serve, it was tough to beat him ... and Eugene never quit at anything he did.

I had the good fortune to spend some really quality time with Eugene in many different landscapes ... from abroad to our own backyard picking morels. But the most peaceful yet engaging place was in the corner of his enclosed sun porch where we had many an afternoon chat. The conversations were wide-ranging ... always respectful, but anything was fair game ... and it took us many places. But one phrase of Eugene's really stuck with me: "freedom is wealth." Eugene lived his life exactly as he wanted to. He was the wealthiest man I knew and I'm richer for being able to tag along for some of the ride.

I will really miss you, but I take great solace in knowing that you are now reunited with Ann. And Eugene would be the first to remind me that this is just the next chapter of this journey. Rest easy my friend.
Comment Share
Share via:
G

Posted Sep 21, 2020 at 08:40pm
To Don, Judy, Cati, Alexander and Stephanie my heart goes out to all of you in your times of sorrows . Both Ann and Eugene will be dearly remembered by myself and my brothers.
Gaetane, Ghislain, Gaetan and Reynald Beauvais
Comment Share
Share via:
JM

Posted Sep 21, 2020 at 01:10pm
We grieve the loss of a good friend and neighbour of several decades. janice and Art @ The Ark Farm
Comment Share
Share via: 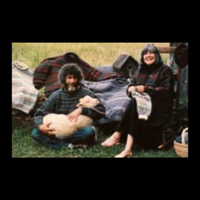