To share your memory on the wall of Sean Kiely, sign in using one of the following options:

Print
With profound sadness we announce that Sean Kiely, the brightest star in our universe, suddenly passed away at his home on February 3rd, 2021, at the age of 41.

Cherished son of Fran and Basil McCarthy. Predeceased by his biological fath... Read More
With profound sadness we announce that Sean Kiely, the brightest star in our universe, suddenly passed away at his home on February 3rd, 2021, at the age of 41.

Cherished son of Fran and Basil McCarthy. Predeceased by his biological father John Kiely and his grandparents, Leslie Hopkins, Mervyn and Elizabeth McCarthy.

Adored by his grandmother, Norma Hopkins, also loved and missed by his special uncle and friend Chris Boron Musick, uncles Joe Musick and Doug Musick and many cousins, nieces and nephews.

Sean was a unique and extraordinary person! His off-the-cuff remarks and jokes were legendary! When he was a child, he always said he wanted to be an actor and his Mother told him that he was, he just didn't get paid for it.

Sean was a people person and he always brought a smile. He was beloved by a multitude of friends and he took all of his friendships very seriously. He elicited love and he gave it in abundance. He was truly invested in his relationships. Sean would help anyone at any time. He had a heart the size of the universe.

Besides his love for his family, friends and his dog Hank, Sean's other great love was music and he could play many instruments. He started with the Kincardine Pipe Band as a drummer at the age of nine and quickly progressed into the competitive circles. His great love though, was guitar. He played with many groups and did a stint with a band that went on a cross Canada tour. He also loved to work in the garden. It is difficult to list all the talents & accomplishments of this young man or to describe his “larger than life” personality in a couple of paragraphs.

Sean's post college career started out in media communications. He excelled at newspapers in Hamilton & Barrie, but after a number of years he found that he was happiest out of the office, troubleshooting, tinkering with gadgets & fixing everything, especially electronics.

To say Sean will be missed is an understatement.

In lieu of flowers, donations can be made to the Humane Society, a dog shelter of your choice, the Kincardine Music Festival that fosters young people's love of music or plant a tree. Donations can be arranged on-line or through the funeral home.

There will be a private family service and Celebration of Life for everyone at a later date.
Read Less

There are no events scheduled. You can still show your support by sending flowers directly to the family, or planting a memorial tree in memory of Sean Gregory Kiely.
Plant a Tree

Donations are being accepted for: KINCARDINE SUMMER MUSIC FESTIVAL INC..

We encourage you to share your most beloved memories of Sean here, so that the family and other loved ones can always see it. You can upload cherished photographs, or share your favorite stories, and can even comment on those shared by others.

Posted Feb 12, 2021 at 09:56pm
I have spent the last week remembering Sean and smiling. And thinking about his immediate family and I am so sorry. I have known him forever and we always considered each other as family, both introducing each other as brother or sister to any outsiders so they didn't get the wrong idea! I was lucky to be apart of his family and love them all. We were so connected in spirit it held throughout our lives. And I will miss his smile and spirit. My fondest memories are running through the corn fields with him and our dog Suzie, chestnut fights with Matt, running into him at a warped tour concert out of the blue, and texting recently about life. We both went to our first dance trying to impress other people at the kinsman club. and we had each other to talk to after when we were sad about it. My heart breaks that I don't have him to talk to anymore, but I am glad he is in a better place. My heartfelt condolences. My heart is broken. Sean had a light that I'm not sure many of us can say we have seen in life, and I'm sorry it has dimmed. It has not gone out as we who remember him keep it alive.
Comment Share
Share via:
HB

Dad and I/ Guy and Heather Bull feel so deeply SAD, for this friendship that has been snuffed. Sean was a gem of a friend, and to see Lindsay and Sean laughing at the table, or playing outside was to see a brother and sister who just loved their time together. Look to the stars, for a gleaming light of Love! HB 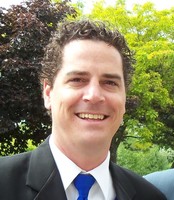 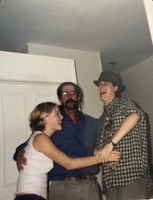 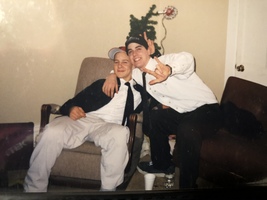 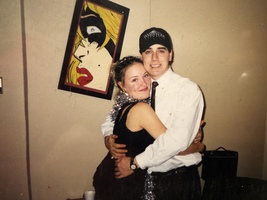