To share your memory on the wall of Donald MacIntyre, sign in using one of the following options:

Donald began his work career at a very early age due to missing so much school in his formative years. He worked at the Island Grill and farms until he ventured to Toronto and Hamilton at the age of 15, what a culture shock that must have been for such a young lad to experience. However, he took it all in stride, teaching himself to read and write and ended up wearing many different hats; from a meat processing/packing plant (Essex Packers), chemical plants (REBCO Chemicals), becoming a chef (Scott Chicken Villas, The Toronto Telegram and the Sheridan Connaught) and a trucker for various companies as well as an owner/operator servicing both Canada (Ontario and Quebec) and the Eastern United States, also installing windows and siding.

He made many friends along the way, a lot of them passing before him. He was well loved and enjoyed at parties for his quick wit and musical abilities. It just wasn’t a party without Donald playing his guitar and singing. He was very good at making up tunes for and about the people who attended.

Not one to take it easy, on top of his regular jobs he always had side ventures to keep him going on his off times and often had his hands in many pies. He was good at buying and selling whatever he could get his hands on.

He always had a heart of gold and would never see anyone go without. He helped so many over the years in any way he could. He was full of kindness and goodwill often wondering if he did enough or could have done better.

He certainly had a special charisma drawing many admirers over the years. He was married on August 8, 2002 in Charlottetown, PEI and enjoyed 22 years with his wife Laura whom he met while residing in Oshawa, Ontario. They stayed on ‘the island’ for eight years before returning to Kincardine, Ontario. However, during their early years together, Polio once again reared causing Donald to develop Post Polio Syndrome which caused him great fatigue and pain. As in his youth Donald was not one to give up or give in easily. Even when confined to his wheelchair he would be out and about in all weather, however, in his last year it proved more and more difficult.

Donald would be happy to have a celebration, of a life well lived to remember that a lifetime of pain is no longer a daily constant for him. Another angel is on his way… this one earned his wings on earth.

There are no events scheduled. You can still show your support by sending flowers directly to the family, or planting a memorial tree in memory of Donald George MacIntyre.
Plant a Tree

We encourage you to share your most beloved memories of Donald here, so that the family and other loved ones can always see it. You can upload cherished photographs, or share your favorite stories, and can even comment on those shared by others.

Posted Mar 05, 2021 at 01:44pm
My condolence in the loss of Don. He was a very kind and caring person who never missed a chance to tell a story and give us a laugh. He will be sadly missed by all of you and my thoughts are with you at this time. Debbie Archer
Comment Share
Share via:

Posted Mar 04, 2021 at 04:05pm
Roly, it saddens me to hear of your Brother’s passing. May your fond memories bring you peace in your time of grief. Take care my friend. Heather Peterson
Comment Share
Share via:
TC

Posted Mar 04, 2021 at 05:58am
Dear Laura and The Entire MacIntyre Family , Don will certainly be missed , I so enjoyed his little snippets of singing , and jokes when we crossed paths in the hall at 915 , It was an honor to be his PSW , Even if it was for only a short while ...Donnie you finally got on the list for that bath , For Sure Heaven Is Receiving An Angel ..Sing Away Dear Don...Take Care and Hugs To Everyone , Terry
Comment Share
Share via: 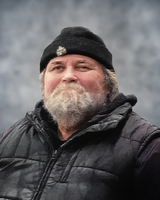 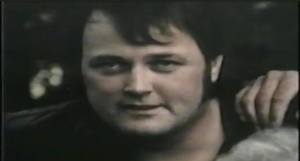 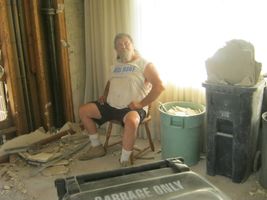 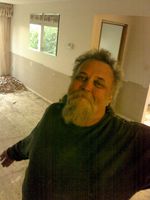